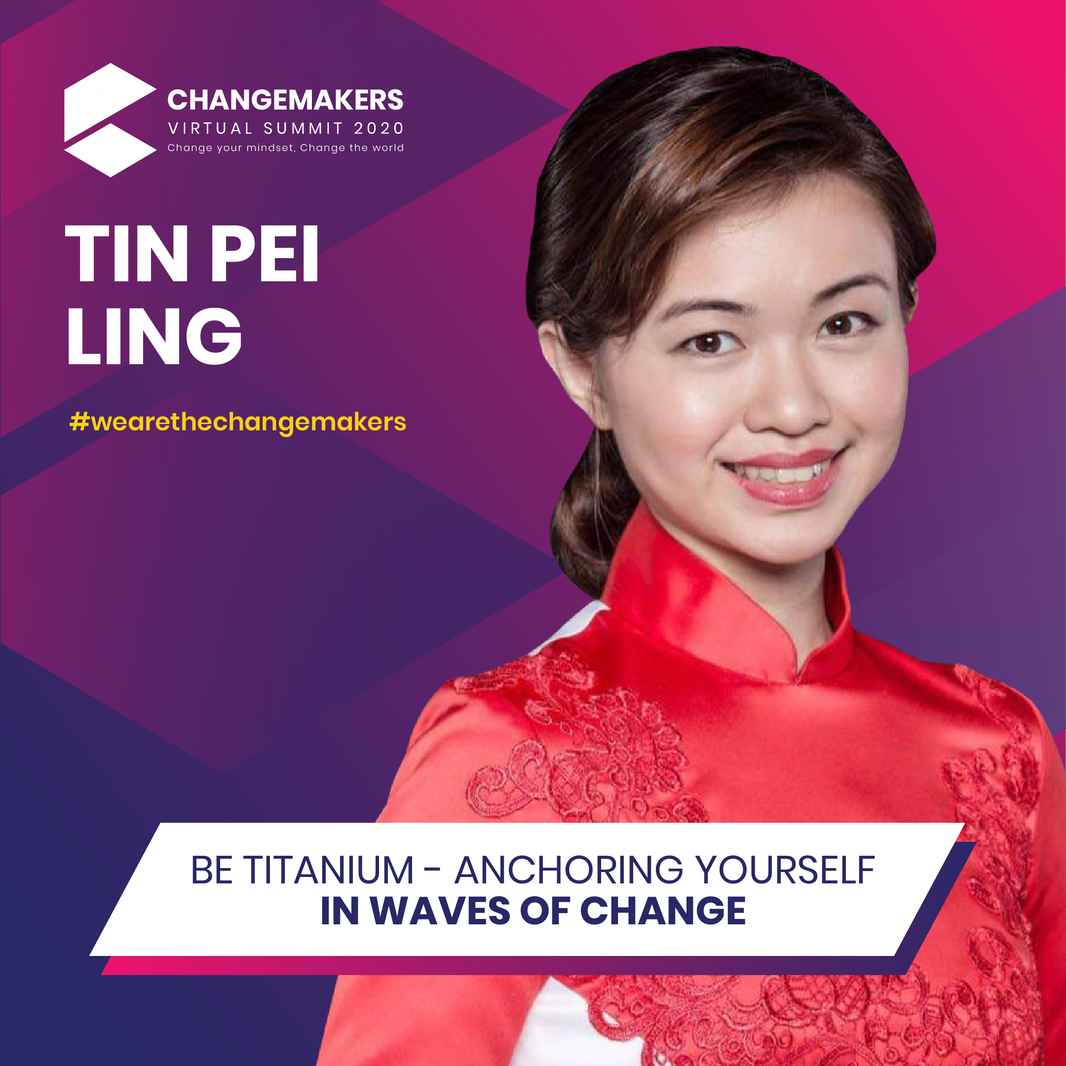 Topic:  "Be Titanium - Anchoring yourself in waves of change"

The world stops for no one. When change keeps coming, when challenges seem unrelenting and when the world seems to be doubting you, what do you do? In this constantly dynamic and sometimes overwhelming environment, having a clear sense of purpose and being guided by a clear set of values will help to anchor us even as tides of change sweep over us.

Pei Ling is CEO of Business China, a non-profit organisation that harnesses the support of the public sector and private enterprises to strengthen the ties between Singapore and China to sustain and grow the global connectivity of Singapore. Prior to this, she was the Group Director of Corporate Strategy of Jing King Technology Group (now Adera Global). She started her career as a consultant in Ernst & Young Advisory, gaining years of experience in strategy formulation and articulation, organisation excellence, industry studies, channel strategy, competency framework, business process reviews and transformation change management.

Pei Ling has also been a Member of Parliament in Singapore since 2011 and has served as the Chairperson of the Government Parliamentary Committee (GPC) for Communications & Information; Health; Home Affairs and Law; Social and Family Development; and Culture, Community & Youth. In Parliament, she actively championed issues related to public healthcare, the elderly, youths, women and smart nation. She also co-authored a PAP Women’s Wing’s position paper in 2016, specifically in the areas of Family and Caregiving and Smart Women in a Smart Nation. In April 2017, she moved a substantive motion titled “Aspirations of Women” with fellow Parliamentary colleagues. It sought the House’s affirmation of the familial, social and economic contributions of Singapore women and support for them to fulfil their family and career aspirations and to be future-ready. The motion was passed unanimously in Parliament.

Pei Ling holds a Master of Business Administration from the University of Chicago (Chicago Booth). She is an alumni of the National University of Singapore and a Lien Fellow under the Lien Ying Chow Legacy Fellowship programme.

BACK TO MAIN PAGE