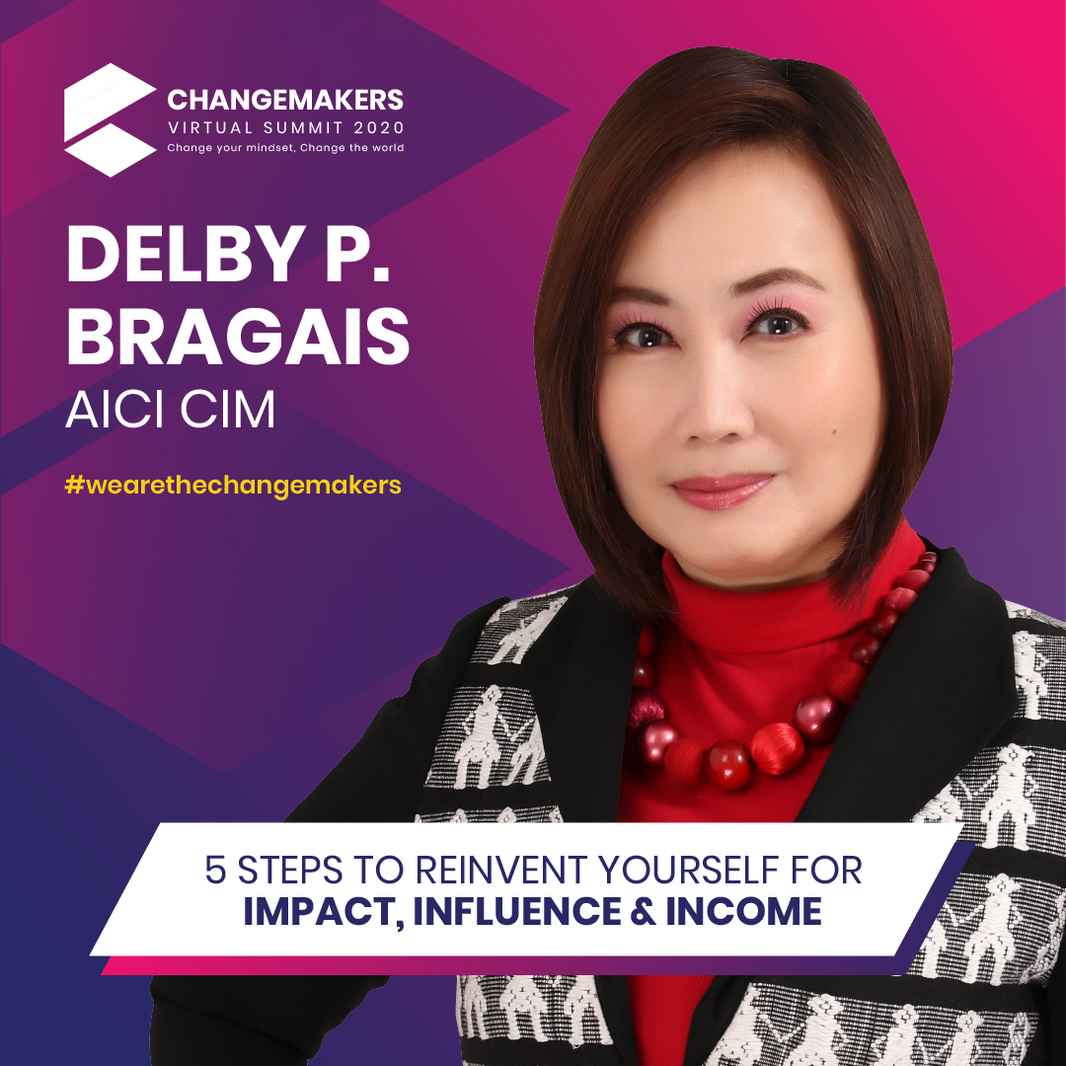 Topic: " 5 Steps to Reinvent Yourself for Impact, Influence & Income"

In this session, Image Branding & Business Coach Delby Bragais will share her journey of reinvention that has opened up multiple sources of income and helped her survive and thrive during these challenging times.

As a sought-after international Fashion Designer, Delby was transforming "looks". Now as the Founder of ReinventU, an online learning and coaching platform, she is transforming lives.

Discover Delby's "5 Steps to Reinvent Yourself for Impact, Influence & Income" that has allowed her to set up an ecosystem that has attracted business opportunities and allows her to do work that she loves as well as help others and make money.

Delby is one of the world’s 21 Certified Image Masters (CIMs) accredited by the Association of Image Consultants International (AICI), the largest and leading association of Image Professionals based in the United States with Chapters worldwide.

She currently sits as the President of The North Road Group and is the founder of ReinventU - a new learning platform. She is a sought after speaker at international Conferences, known for balancing Creativity and Commerce, and has conducted speaking and training sessions in Malaysia, Mexico City, South Korea, Japan, the Philippines, and the United States.

As a Fashion Designer, she has had fashion shows in New York, Washington DC, Hollywood, Los Angeles, New Jersey, Syracuse, Honolulu, Mexico City, Singapore, and her native Philippines. In 2015, she debuted during Fashion Week in New York, showing her Spring Summer collection at Style Fashion Week 2016 in Gotham Hall, New York. In 2018, she represented the Philippines in the ASEAN India Summit at a grand fashion show at the Lalit Hotel, New Delhi, India.

Delby is the author of the business book “The Purple Pig Wears Red Lipstick”, which gives a simple roadmap on Personal Branding for Female Entrepreneurs and those who are interested to start their own business or embark on career transitions. The book focuses on the 8 Steps to a Personal Brand Makeover for Impact, Influence & Incredible Income.

Delby dedicates part of her time to supporting MSMEs (Micro Small & Medium Enterprises) and mentoring entrepreneurs through her advocacy for Entrepreneurship and Women's Empowerment initiatives.

BACK TO MAIN PAGE